The Reserve is located in the villages of El Cinco and Altos de Perijá, in the municipality of Manaure, department of Cesar, approximately 36 miles from the city of Valledupar. The Reserve has an area of approximately 1850ac. of high andean forests, sub-paramo and paramo.

The area has an average temperature of 59°F and a distribution of rains bimodal climate with four seasons; the total annual rainfall is 1247 mm and close to the multi-year monthly average is 104 mm; periods of increased rainfall occur between April and June and September to November, October is the month with the highest rainfall (163 mm). Dry periods are December to March and June to August, January is the driest month (32 mm) 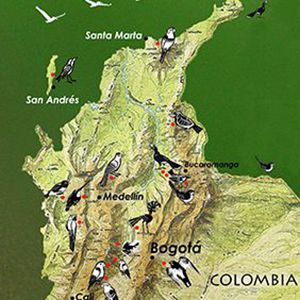