The Reserve has a colonial farmhouse that provides accommodation in eight rooms, with comfortable beds and private bathrooms.   Ours fees include full board, conservation fee,  good trails with easy to moderate conditions and excellent birding. 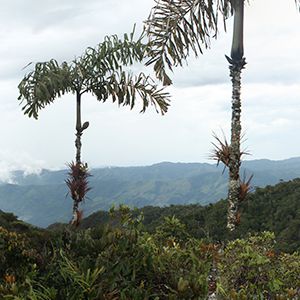 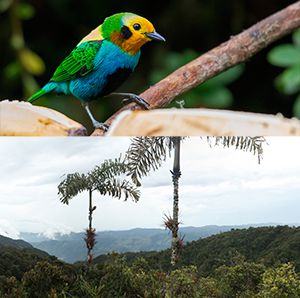 The Chestnut-capped Piha now survives only in small forest fragments in the Central Cordillera of the Andes because their habitat was much affected in the early twentieth century by gold mining and later by large-scale deforestation for the establishment of pasture the reserve is of great importance to its care.

Consists of primary forests, secondary forests, and grasslands undergoing some regeneration. Its predominantly mountainous, about 60% of the land with slopes, 30% hills, and 10% flat.

As for frogs, there are seven vulnerable species, four endangered and five that have not yet been formally identified; it is believed that at least one of them belongs to one of the most threatened groups of frogs, the genus Atelopus, which lives only in this region.