Home of the majestic Chestnut-capped Piha

The Reserve has a colonial farmhouse that provides accommodation in eight rooms, with comfortable beds and private bathrooms. Ours fees include full board, conservation fee, good trails with easy to moderate conditions and excellent birding. Visit us!

The Nature Reserve is located in the village of El Roble, municipality of Anorí, Antioquia.

The Chestnut-capped Piha now survives only in small forest fragments in the Central Cordillera of the Andes because their habitat was much affected in the early twentieth century by gold mining and later by large-scale deforestation for the establishment of pasture the reserve is of great importance to its care.

Arrierito Antioqueño ProAves Reserve is located in the municipality of Anorí, Antioquia department, 168 kilometers from Medellín, an approximate travel time of 5 hours by public transportation, and 3 hours and 30 minutes by private car. In Medellín you must board a bus at the Terminal del Norte to Anorí, then you must continue on the El Roble Route. The Reserve is located at a site known as El Nevado or San Benigno. After about 30-40 minutes of unpaved road, the yellow fence of the entrance to the Reserve is seen on the right side.

The Reserve has accommodation for 8 people with comfortable cabins, with private bathrooms, electricity, drinking and hot water: 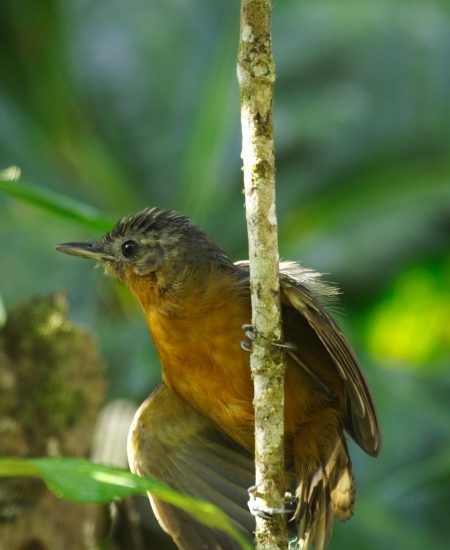 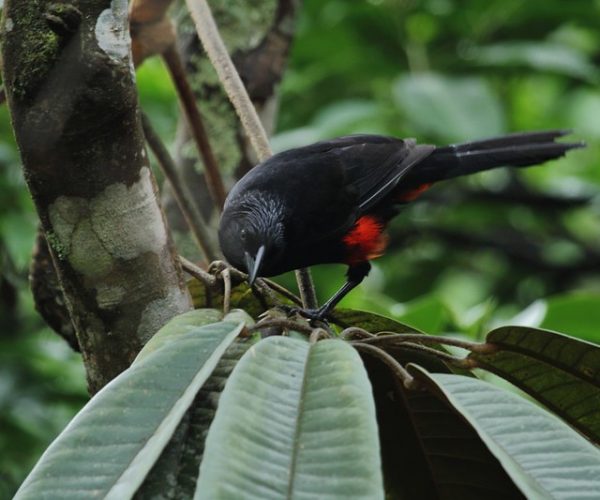 Meet the Chestnut-capped Piha along the trails 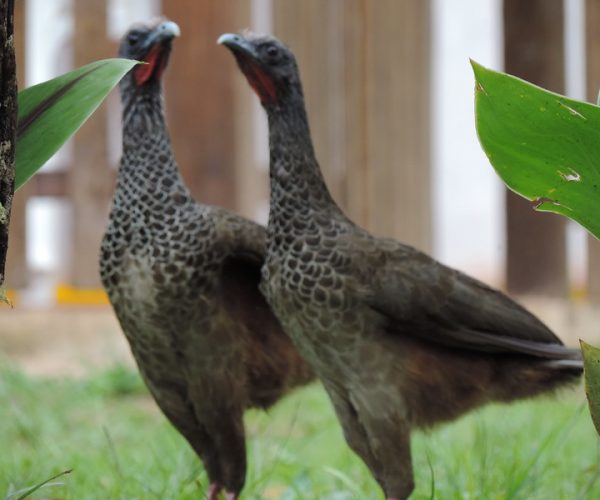 Explore the garden and its wonderful species of fauna and flora

Fall in love with nature
and its species

Inform us of any health problems, allergies or food requirements. We will offer you a special menu according to your diet.

Please, respect the natural resources of Arrierito Antioqueño. The collection of any biological material is not allowed.

It’s necessary to travel in a 4×4 vehicle adapted to handle the conditions of some sections of the road.

The Arrierito Antioqueño ProAves Reserve was created on 27 November 2006, to protect the habitat of Chestnut-capped Piha (Lipaugus weberi). It has an area of approximately 3.271 acres and is classified according to the Alliance for Zero Extinction as an AZE site.

Consists of primary forests, secondary forests, and grasslands undergoing some regeneration. Its predominantly mountainous, about 60% of the land with slopes, 30% hills, and 10% flat.

As for frogs, there are seven vulnerable species, four endangered and five that have not yet been formally identified; it is believed that at least one of them belongs to one of the most threatened groups of frogs, the genus Atelopus, which lives only in this region.